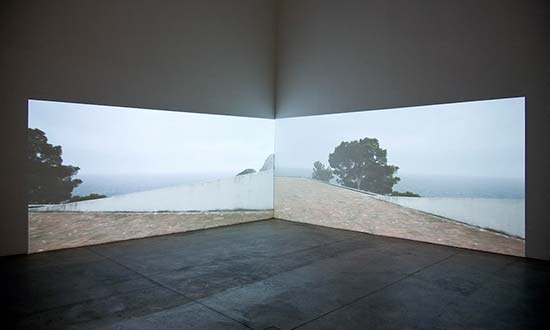 “Mise-en-scène. Architectural Portraits” offers a series of reinterpretations of iconic modernist buildings at the DAZ in Berlin. The videos of the artists Peter Welz and, at his invitation, David Maljkovic and Christopher Roth are on show, transforming the buildings into protagonists of new stories. In Casa Malaparte (2014), Peter Welz presents the Capri villa – built by Curzio Malaparte and designed by Adalberto Libera – as a real character, separating the elements of the house and treating them as organs of a living being. In Images With Their Own Shadows (2008), David Maljkovic combines the spirit of missed opportunities and the resigned optimism of Yugoslav socialist modernism with an alternative narrative typical of post-war cultural movements. Pilgrim Viewer (2015), an installation by Christopher Roth, Sam Chermayeff and Arno Brandlhuber, presents the film Roth Blow Out (2016). The video was shot in Dante Bini’s La Cupola in Sardinia, a house commissioned in the late 1960s by director Michelangelo Antonioni and actress Monica Vitti as a summer residence. 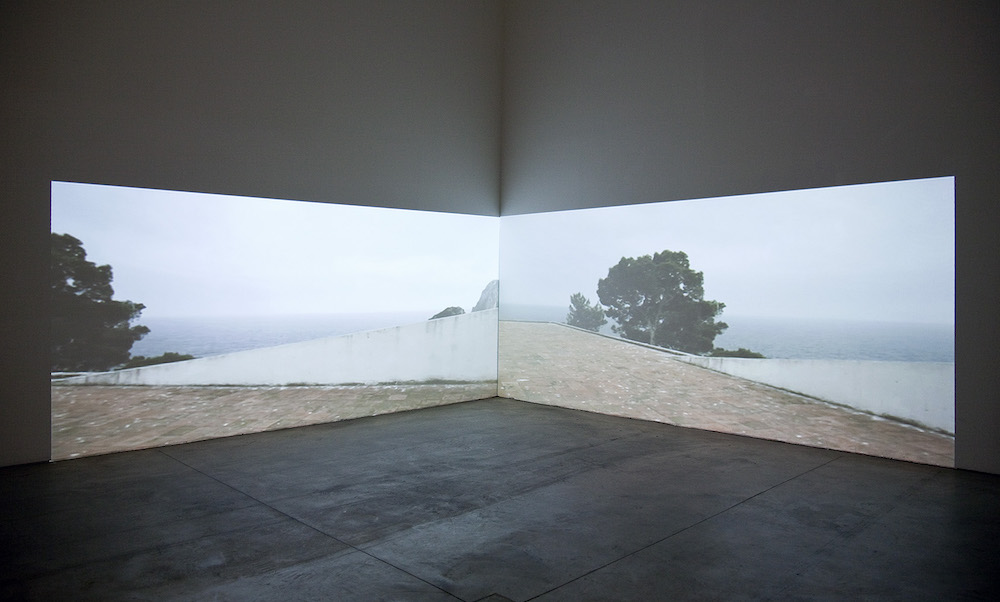 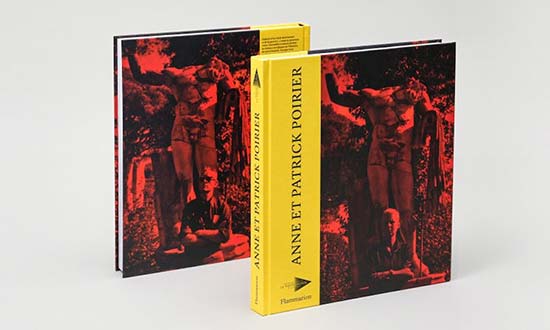