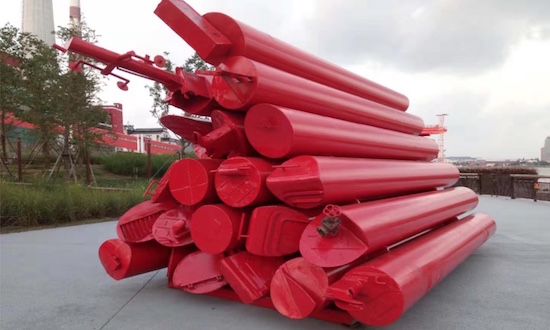 Richard Wilson’s work has just been installed on the riverfront of the Huangpu River within the project “Shanghai Urban Space Art Season 2019”. The British sculptor is among the artists invited to create permanent works focusing on the development of public and waterfront spaces of the city of Shanghai. Richard Wilson created the site-specific sculpture “Huangpu Hold”, placed in the old Shanghai shipyard: 42 ships parts taken from a discarded wreck were attached to the end of 21 steel pipes. The work consists of industrial objects taken from rivers which, after being discarded and thrown away, were renewed, transformed and given a life once more as a reminder of the rivers powerful history. 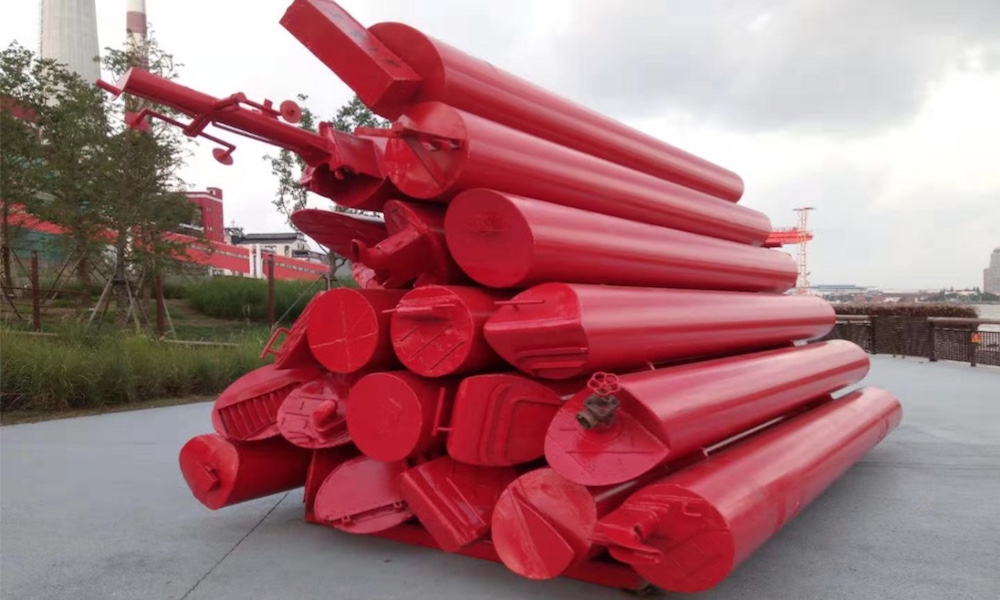 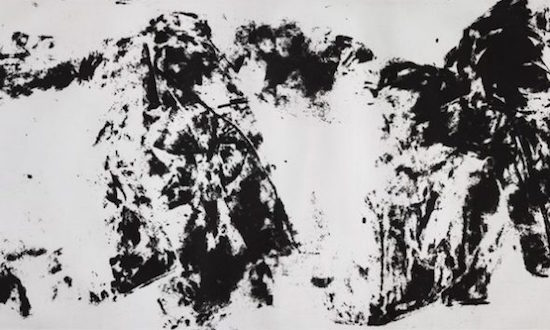